I have been delighted to design and make another tribute costume, this time for the talented Charlie Leighton for her Cher tribute act with MRC Presents. This was a brilliant challenge, as always with tribute costumes you want to get the look and feel of the artist while still creating something new and different. I was asked to design and make her a bodysuit, black with plenty of rhinestone embellishment. I used a combination of gunmetal grey, black, clear and red rhinestones to give different tones and degrees of sparkle. 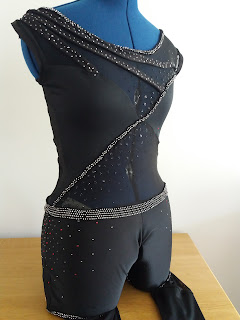 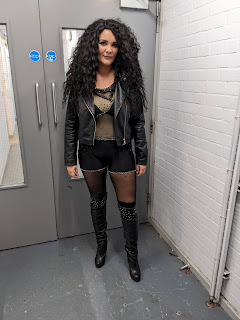 Posted by Elizabeth Cooke at 05:31 No comments:

Another group costume commission for competition costumes for the Jamie Lee Dance Academy! 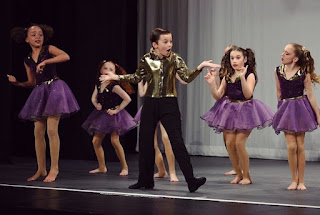 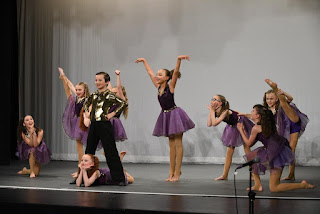 Posted by Elizabeth Cooke at 04:52 No comments: 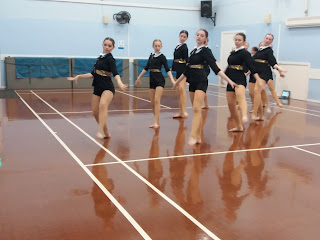 Note - It has been a LONG time since I have updated my blog - sorry about that guys, the last two years have been a strange and busy two years so bear with me!

Posted by Elizabeth Cooke at 04:26 No comments:

Posted by Elizabeth Cooke at 04:55 No comments:

This has been a fantastic show to work on - unfortunately delayed by Covid - with four lavish 1920's Chinese/American inspired costumes that I have been able to design and make for the brilliant Red Dragonfly Productions! These are four of the most ornate costumes I have ever designed and made, all inspired by actual clothes and costumes worn by the original Anna May Wong, and include headpieces and a heavily embellished collar piece.

A section of the show was performed as part of the Chinese New Year celebrations in Southampton, and so I can release a photo of this costume as it has been seen onstage, but it is only one to be seen on stage so far so watch this space for more production photos! 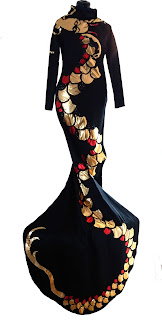 This is based on perhaps one of Anna May Wongs most iconic costumes, and I had to put the mannequin on my table to be able to take this photo due to the length of the train and to be able to get all the detail in. As this, as well as the others, is a quick change costume it has a front opening and is made with a stretch satin, with a gold and red dragon and multicoloured rhinestones the full length of the dress.

Posted by Elizabeth Cooke at 05:03 No comments:

Working with the Jamie Lee Dance Academy again designing and making a competition costume with headpiece for one of their dancers, for a character dance inspired by Hedwig, the beautiful white and grey owl from the Harry Potter series.

This was a fun challenge in creating the 'wings' without them interfering with her ability to do the dance. 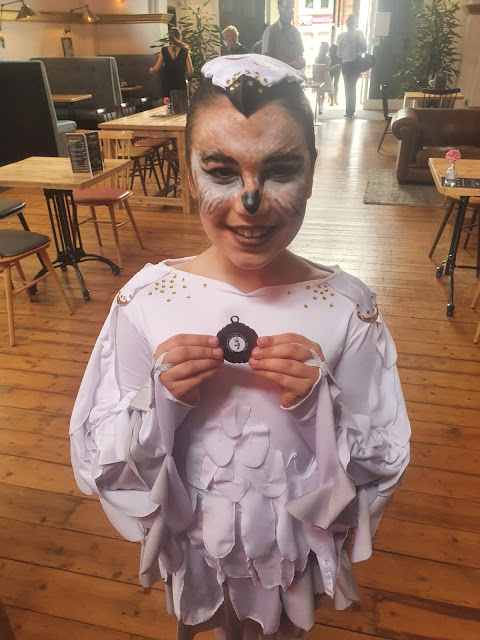 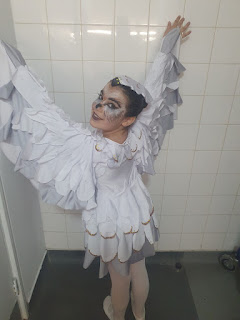 Posted by Elizabeth Cooke at 05:47 No comments: 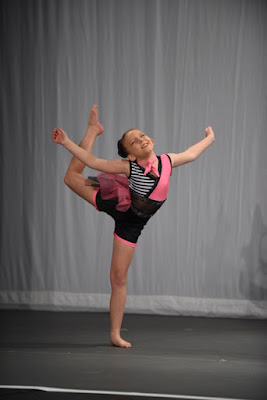 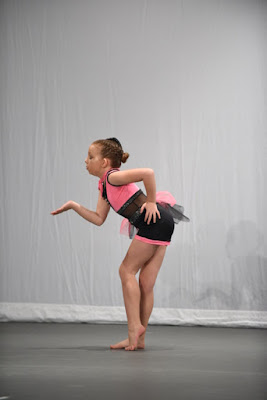 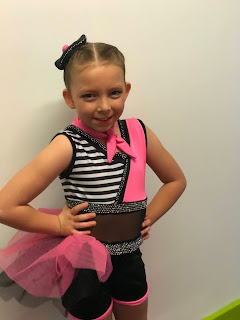 I am so pleased with how this costume turned out, and hope to be working on more dance competition costumes soon!
Posted by Elizabeth Cooke at 05:58 No comments: